The space shuttle Atlantis lifts off at 7:30 a.m. from launch pad 39-A at the Kennedy Space Center in Florida, on Sunday, Nov. 12, 1995, to begin an eight day mission, highlighted by a docking with the Russian space station Mir. STS-74 was the fourth mission of the US/Russian Shuttle-Mir Program, and carried out the second docking of a space shuttle to Mir. Atlantis landed back at Kennedy 8 days later. The mission delivered the Russian-built Mir Docking Module to the station along with a pair of solar arrays, and was the second in a series of seven straight missions to the station flown by Atlantis. During the three-day docking, the Russian, Canadian and American astronauts transferred various supplies from Atlantis to Mir, moved several long-term experiments, pieces of equipment and manufactured products from Mir to the Atlantis, and made use of various new pieces of equipment to upgrade Mir, most notably attaching the Docking Module to Mir's Kristall module for use by all of the following docked missions in the Shuttle-Mir Program. 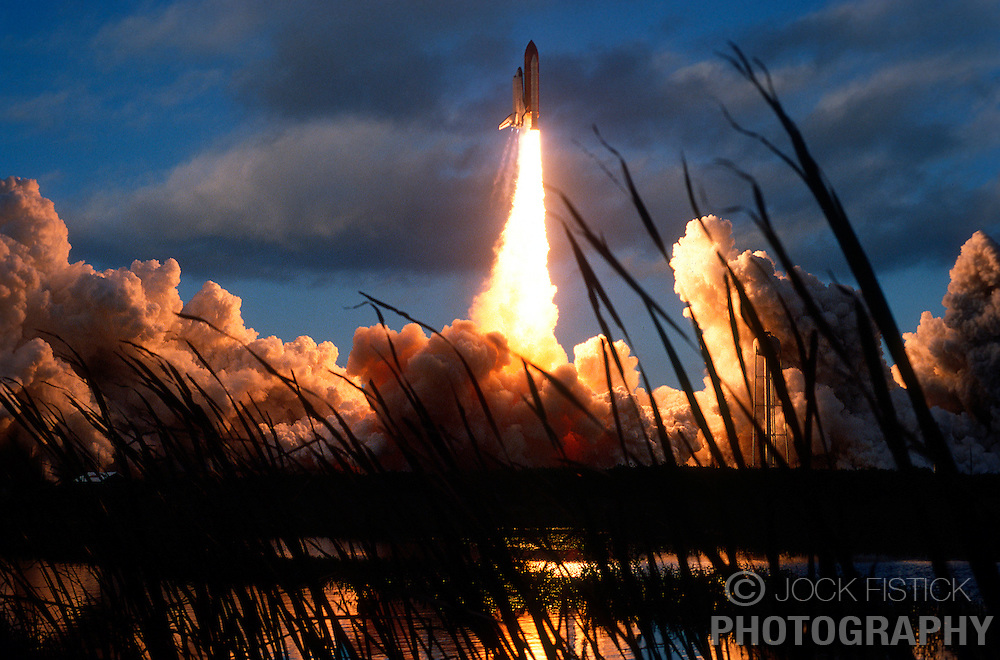