BRUSSELS, BELGIUM - FEB-5-2007 - Greenpeace activists stretched a petition containing one million signatures around the European Commission headquarters in Brussels, in protest of the use of GMO's in animal feed. A loop hole in European law allows for this practice which Greenpeace is trying to stop. Marco Contiero, Greenpeace Policy Advisor on GMO's along with other Greenpeace representatives later held a press conference with Markos Kyprianou, EU Commissioner for Health and presented him with a slimmed down version of the petition. (PHOTO © JOCK FISTICK) 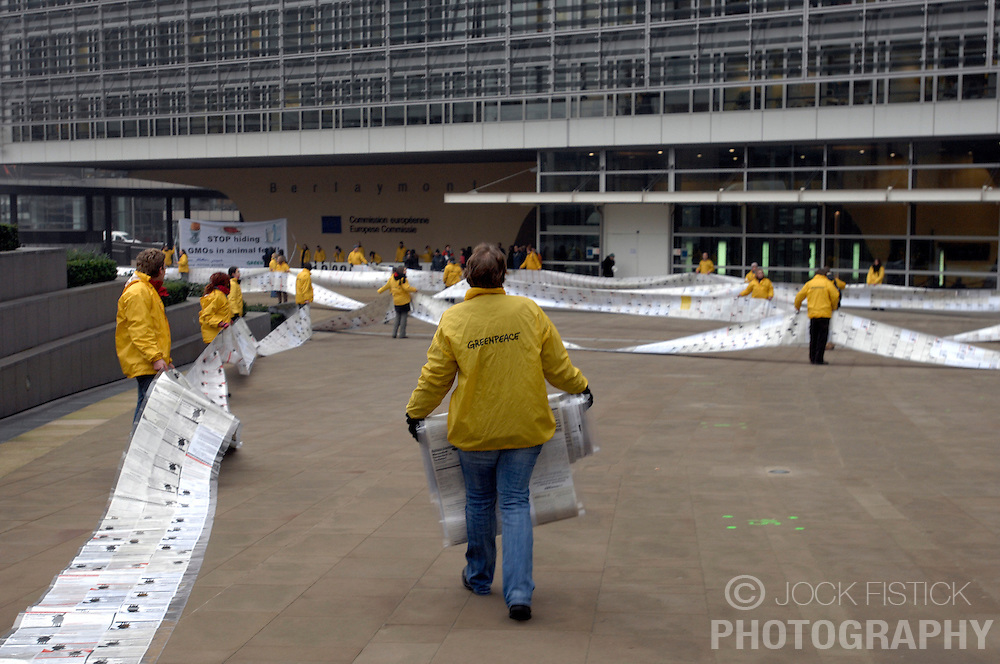