BRAZIL - Amazon region of Brazil: The Amazon river basin is located mainly (50%) in Brazil, but also stretches into Peru and several other countries. The South American rain forest of the Amazon is the largest in the world, covering about 8,235,430 sq km with dense tropical forest. For centuries, this has protected the area and the animals residing in it. The Amazon is bounded by the Guiana highlands in the north and the Brazilian highlands in the south. The Amazon, which rises in the Andes Mountains at the west of the basin, is the second largest river in the world. It covers a distance of about 6,400 km before draining into the Atlantic Ocean. The Amazon and its tributaries form the largest volume of water. The Amazon accounts for about 20% of the total water carried to the oceans by rivers. Most people in the Amazon region live off fishing and basic agriculture, and especially in the southern part of the Brazilian side, cattle herding, which is extremely destructive of the forest. One important exception is the Zona Franca de Manaus (Free Zone of Manaus), created by the Brazilian government in the 1970s to implement light industries in the region, mostly electronics and motorcycles. Contrary to what might be believed, this light industrialization is very little pollutive and actually, according to some environmentalists, has helped save the rainforest around Manaus by creating job opportunities and education, thus driving people away from the heavily damaging subsistence and slash-and-burn agriculture. (Photo © Jock Fistick) 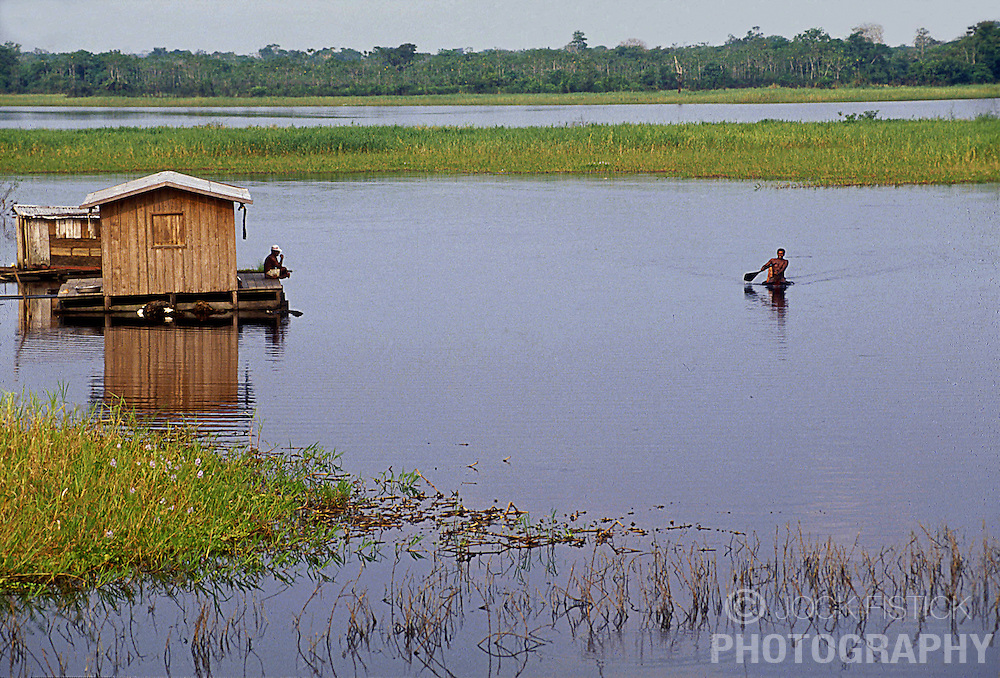