DHARAMSALA, INDIA - The 14th Dalai Lama at his home and government in exile in Dharamsala, India. On December 10, 1989 His Holiness was awarded the Nobel Peace Prize. The Nobel Committee emphasized "that the Dalai Lama, in his struggle for the liberation of Tibet, consistently has opposed the use of violence. He has instead advocated peaceful solutions based upon tolerance and mutual respect in order to preserve the historical and cultural heritage of his people." (PHOTO © JOCK FISTICK) 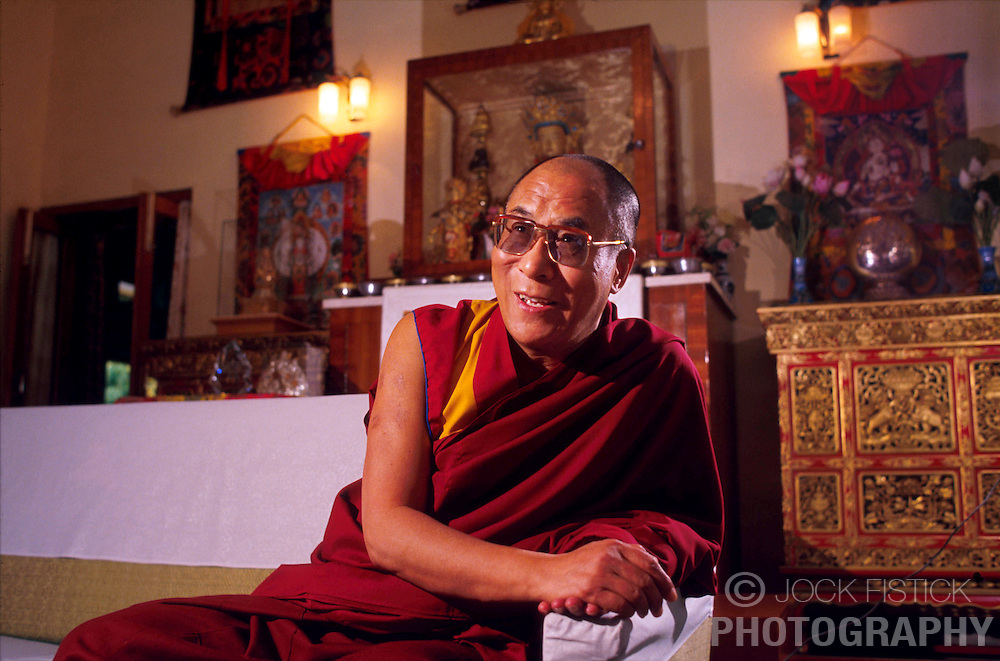