BRAZIL - Amazon region of Brazil: The Amazon basin is inhabited by roughly 26 million people, of which 11 million on the Brazilian side. The two largest cities in the Amazon basin are Manaus (1.4 million, the capital of the Brazilian state of Amazonas) and Belém (1 million, capital of the Brazilian state of Pará). There are a few cities along the Amazon's banks, such as Iquitos, Peru and scattered settlements inland, but most of the population lives in cities, such as Manaus in Brazil. In many regions, the forest has been cleared for soy bean plantations and ranching (the most extensive non-forest use of the land) and some of the inhabitants harvest wild rubber latex and Brazil nuts. This is a form of extractive farms, where the trees are not cut down, and thus this is a relatively sustainable human impact. 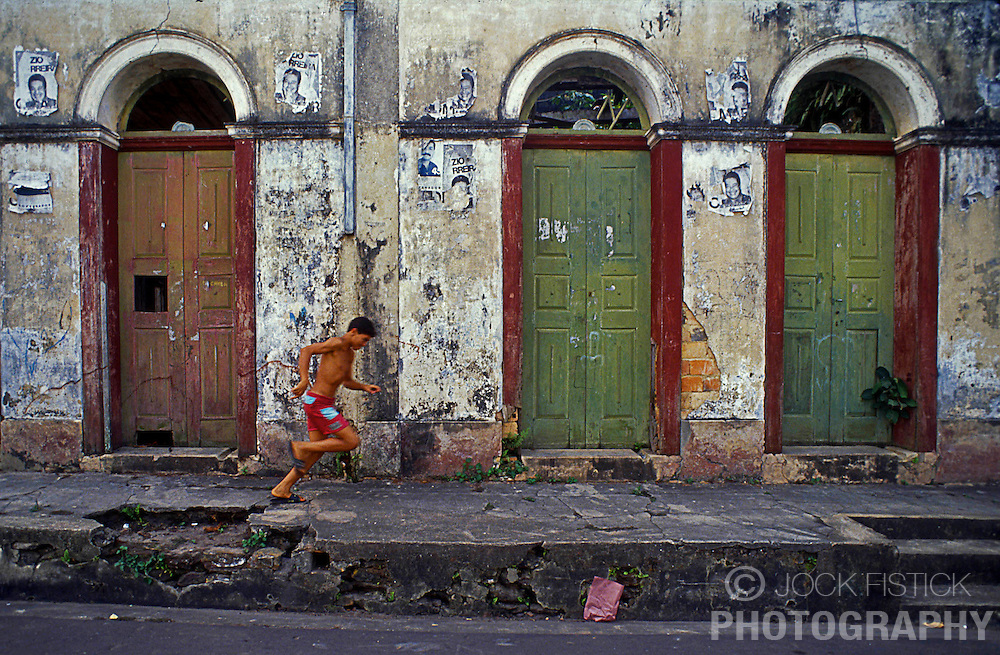